Part of the work from TROPICSAFE project was presented by one of the project partners, Institut Valencià d’Investigacions Agràries (IVIA), at the Entomology 2020 Virtual Anual Meeting which occurred between 11 and 25 of November. This event is organized every year by the Entomological Society of America.

IVIA, in collaboration with the University of Pretoria and ICIA, presented “Classical biological control of Trioza erytreae, HLB vector, in Spain”, a work focused on Trioza erytreae, one of the insects that are studied in the TROPICSAFE project.

This group of insects act as a plague in the genus Citrus and is one of two species known (the other one is Diaphorina citri) as vectors of huanglongbing disease (HLB), produced by Candidatus liberibacter.

Citrus greening or huanglongbing (HLB) is the main threat to the European citrus industry since the African citrus psyllid, Trioza erytreae, has recently become established in mainland Europe, like the northwest of Spain and Portugal. In this work, a classical biological control program was initiated to limit the spread of Trioza erytreae.

We share part of the abstract of this work:

The main citrus-producing areas of South Africa were sampled during 2017 to collect native parasitoids. Unlike previous studies, the parasitoid complex of T. erytreae included three species of primary parasitoids: Tamarixia dryi, Psyllaephagus pulvinatus, and another parasitoid of the genus Tamarixia. Molecular analysis showed that it is a new species closely related to T. dryi and field data suggested that it parasitizes older nymphal stages than T. dryi. Tamarixia dryi was the most abundant and widely distributed parasitoid and it was introduced in Spain in December 2017. Host range studies demonstrated that T. dryi is a highly specific parasitoid as it did not develop in 11 alternative psyllids under controlled conditions. The parasitoid was released in an experimental citrus orchard from Tenerife, Canary Islands, in spring 2018. From there, T. dryi spread throughout the island and moved to five adjacent islands. After two years, the parasitoid has established and reduced T. erytreae levels in the Canary Islands. Tamarixia dryi was finally released in mainland Spain and Portugal in fall 2019. In spring 2020, the first individuals of the parasitoid have been already recovered after overwintering.

The TROPICSAFE project is generating new knowledge about these insects and the associated diseases. Apart of Spain study, studies are made in South Africa, Chile, Cuba, and Guadeloupe, focusing on understanding the pathogen strains associated with severe epidemics. The pathways of HLB regional spread will be clarified in the different selected regions. TROPICSAFE will provide the use of diagnostic tools, new information about alternative host plants, and the possibility to verify the absence of HLB in citrus in Europe. 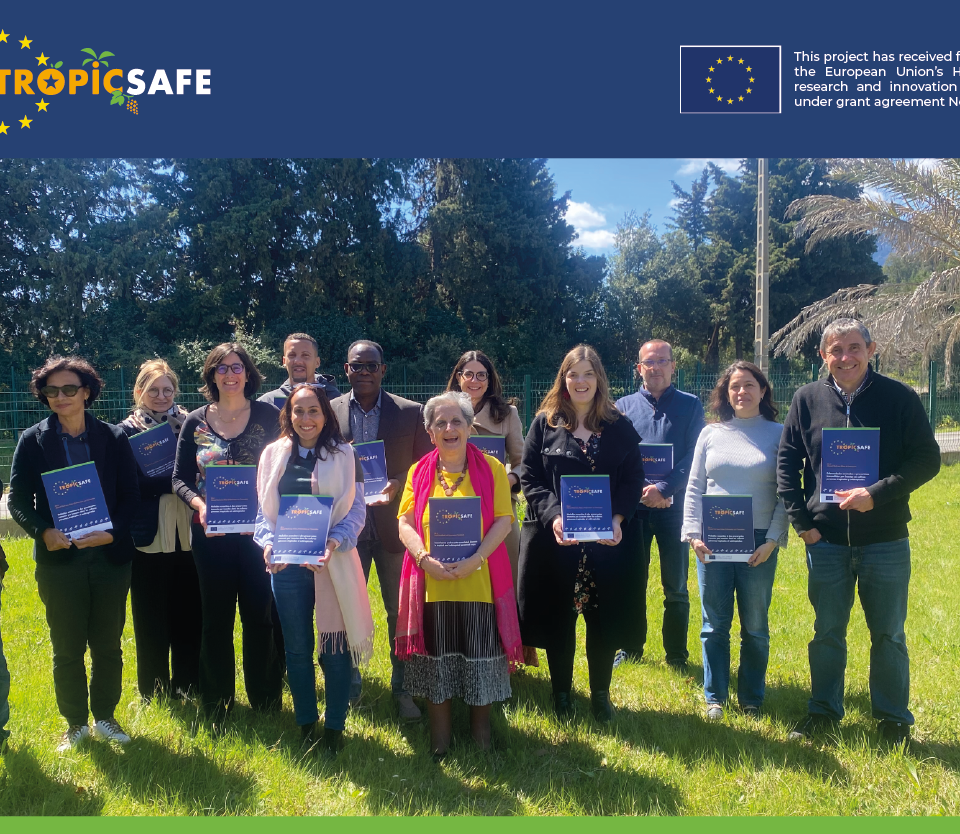 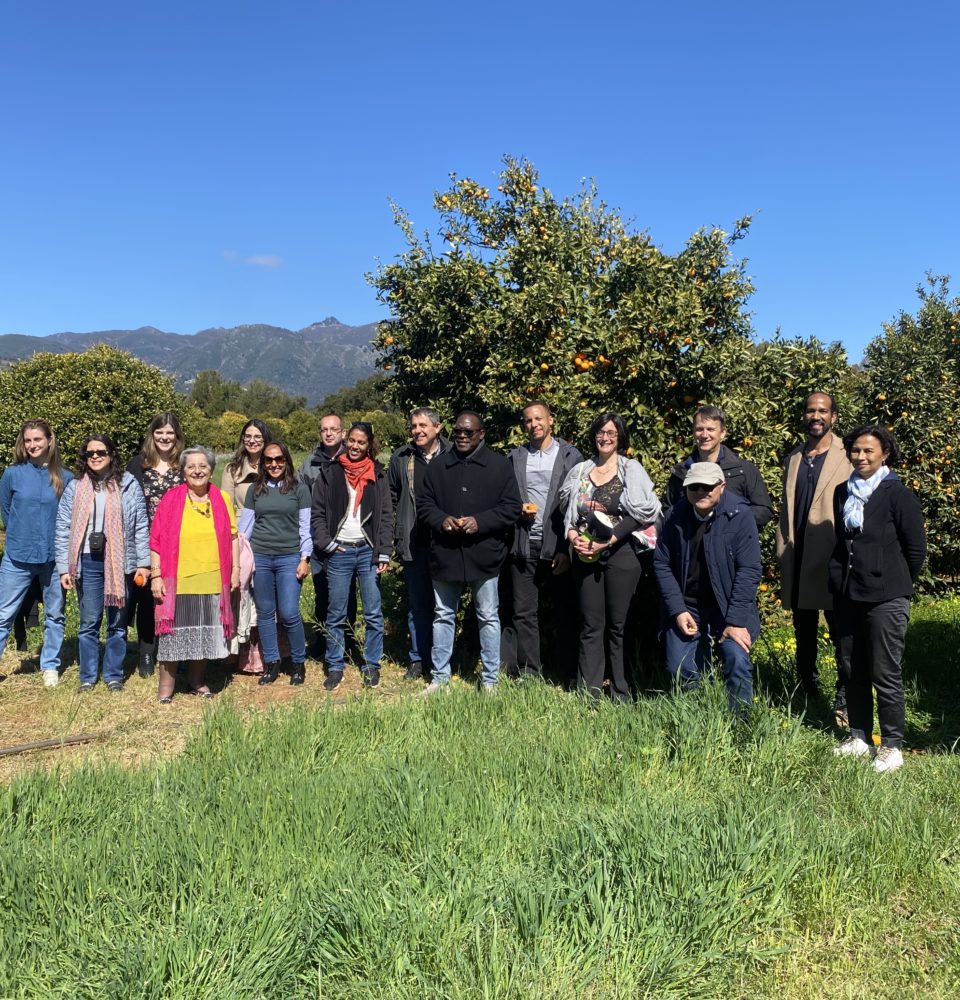 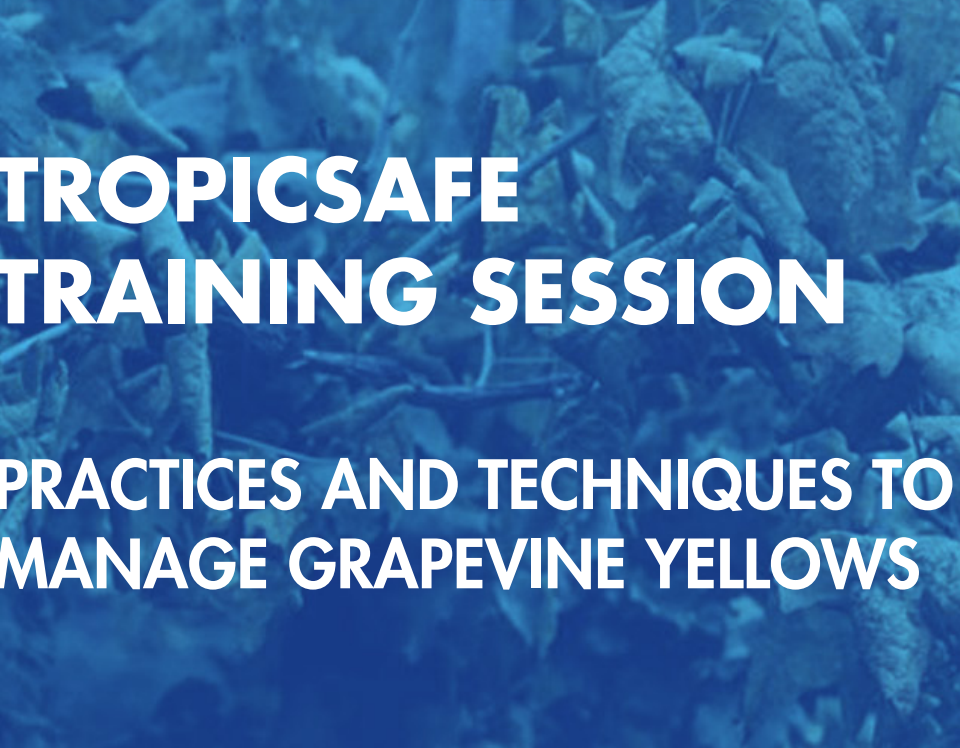